How RIE Helped Diagnose a Potentially Serious Condition in Our Baby. 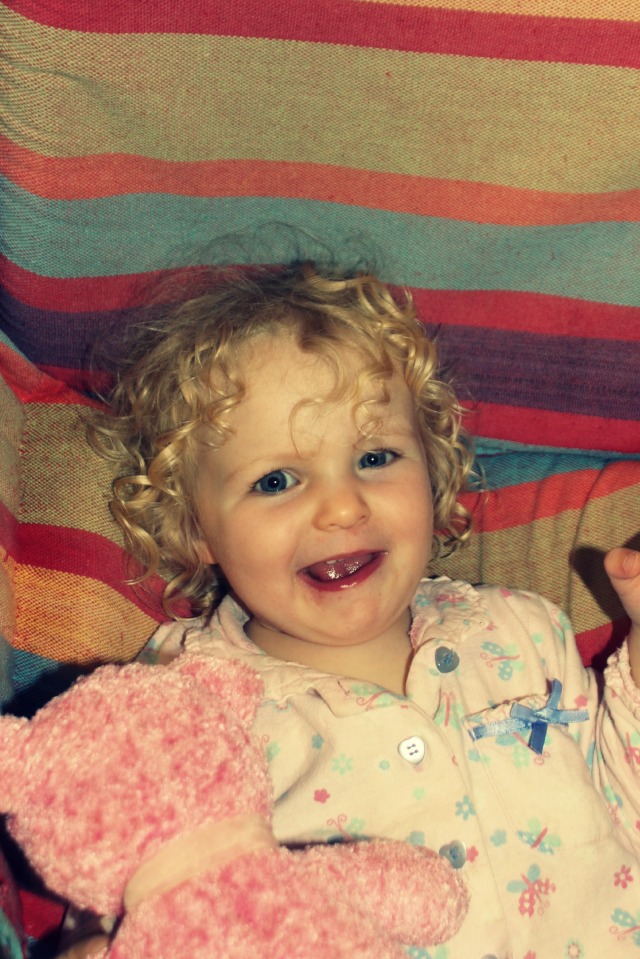 I have always known how incredibly rewarding and useful Magda Gerber’s RIE parenting approach is for bringing up our children with the respect and peacefulness they deserve, but I never thought it would also help us to diagnose a potentially serious medical issue in our one year old daughter.

When Penny was only four weeks old she was hospitalised with an undiagnosed condition which presented as a facial paralysis on her left side. It was a stressful time for all of us and in the absence of a similar case to hers, we were left wondering whether this was a long term condition; one that would impact upon her development, her sensory function or her overall brain function. We were told that it was a matter of ‘wait and see’. As the months went by, she hit every milestone bang on cue and sometimes even earlier than the guidelines. Although a slight disfigurement of her face still remained, we became much less concerned about her growth and progress and quickly concluded that whatever it was that had impacted upon that area of her face, it had not affected anything else.

To confirm this, she underwent an MRI at eight months of age, along with a hearing and vision test. Everything came back clear and normal and with much relief we went back to enjoying watching our baby blossom into a sweet, curious toddler who loved to interact but also loved to be left in her own solitude; happy to explore and experiment with just a couple of items she was provided with.

It was around the time of her MRI that I discovered Janet Lansbury’s blog which followed the philosophies of RIE parenting. I have previously posted on how much this change in our parenting practises revolutionised our household and we were (and still are) so grateful to have been guided towards this approach. In my past year or so of reading I have noted that many RIE followers have confessed feelings of guilt for not finding it sooner. This was certainly true for us and we sometimes worried that it was too late for our oldest daughter who was about 18 months at that stage. In her infancy, it was common for us to use distractions on the change table when changing her nappy, at the dinner table when feeding her or after her bath when she needed to be dressed. We thought this was the best way to ensure these events went smoothly and Lucy quickly learned that she didn’t need to be involved with these processes, she demanded distractions and took no interest in wanting to help put her legs in the holes or lift her bottom when needed etc.

Penny, on the other hand, never really got to the stage of needing distractions before we discovered RIE. So when she started becoming a little restless on the change table we knew that distractions were not the answer (Read my previous post: Changing the Change Table Relationship). We had been talking her through the processes of dressing and changing for a little while and the only thing we really changed to help at this stage was how much we let her do for herself. For example, I would say to her ‘Penny, we need to put your legs in these holes’ and then I would wait for her to respond. She would then lift her legs one at a time and point her toes towards the holes of the pants whilst I gently pulled them on. Knowing she could now understand simple instructions, I used a similar ‘ask and wait’ strategy on just about everything I needed Penny to do. There was rarely a time that my then 10.5 month old wouldn’t respond positively or show understanding of what was being asked.

Then, not long after her first birthday, Penny started showing signs of rebellion. It coincided with the onset of a very heavy cold. She would ignore me when I asked her to lift her bottom at the nappy change or put her leg in the hole whilst getting dressed and instead squirm to roll over and sit up. When I would ask her to come to me when she was walking off, she would ignore me and keep walking and then crack it when I physically intervened. Initially I thought it was general irritability from being sick but when it continued I concluded that she had entered a new stage of development. This type of defiance was what I was used to from my two year old, so I thought it was just a stage Penny was going through and that as her cognition was developing, her need to test boundaries was also increasing.

Wanting to stay calm in my parenting and resist the use of distractions, I started being even more involving in the process of changing and dressing her. On one particular day, she was ignoring my verbal requests to put her legs in her pants, so I picked up the pants and held them in front of her as she squirmed on the table, she immediately stopped and stuck her leg out. I was a little perplexed but proceded to dress her without a fight, each time holding up the article of clothing to her so she could see it before telling her what I needed her to do. For the next few days, I tried to use the same techinique but sometimes reverted back to simply using verbal cues when asking her to put on her pants etc. After a while, I realised that she never responded to me when I only spoke to her and would always protest when I would try to dress her in this way, but was cooperative and obliging when I combined visual with verbal cues.

As the days went on, some cogs started turning in my head and following a conversation with a friend it suddenly dawned on me that the reason she was so objectionable when I used words only was that she couldn’t hear me! I suddenly had that sinking feeling; the one that feels like you are free falling. The more I spoke about it the more obvious it became to me that her hearing was impaired. She hated having books read to her when sitting on my lap facing away from me. She startled when approached from behind and ignored warnings not to touch certain objects, tantruming when I had to physically restrain her from doing so. All things that were not previously displayed by Penny. I had no doubt in my mind that Penny could not hear. I started to think that maybe her earlier condition had caught up with her and had indeed affected her inner ear in some way.

I organised an appointment with a specialist who confirmed that she had some impairment of the movement of her eardrums in both ears. She now has a follow up test in a month’s time to confirm that there is an ongoing issue but he has reassured us that the signs she is displaying is more closely linked to blockages in the ear canal due to fluid build up rather than a central processing issue. Frequent ear infections is a common cause (of which she does suffer) and if it doesn’t clear itself, grommits can be inserted to drain the fluid and open the canals. Often, babies with these hearing issues are not detected until they set off warning beacons on the speech and language development radar, by which time they have already missed out on a lot of vital foundation work in this area.

I am so grateful that the communication I have with my daughter is real and is two-way. She listens to me and I listen to her in return. I do not ‘do things to her’, she works with me to get the jobs done and now, in hindsight, I can see how easy it really was to pick up this medical condition and follow up quickly with the correct treatment. Had I not been doing this, had the communication been one-sided, it may have been many more months or even a year or more before I realised that she could not hear. Knowing how important these years are for developing speech and language skills, I am extremely appreciative that we have got onto this quickly thanks to the help of a beautiful style of parenting. I am fully aware that we could still be in for some stressful times ahead, pending the outcome of her upcoming tests, but I am confident that Penny has been given the absolute greatest chance of experiencing minimal impact on her development throughout this thanks to RIE. 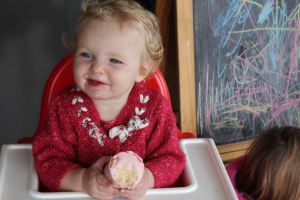 Hi, my name is Kate. I have been a Physical Education/ Maths teacher for 12 years and am currently taking some time out to be a Mum. I have two beautiful girls aged 2 and 1 (13 month age gap). I have learned that there is so much more to parenting than 'going with your instincts' and treasure all the rewards my children present to me everyday. I have a passion for sports and have recently discovered an addiction to sewing. Thank you for taking some time out to read my ramblings :)
View all posts by Peaceful Parents, Confident Kids →
This entry was posted in Parenting Peacefully and tagged Communicating with Babies, Hearing problems in babies, Infant learning, Milestones, Natural development, Respectful Parenting, RIE, Slowing Down Care Giving Moments. Bookmark the permalink.

6 Responses to How RIE Helped Diagnose a Potentially Serious Condition in Our Baby.

I'd love to hear your thoughts. Cancel reply